Why Do Dogs Sniff Each Other's Butts?

Every so often, one of my dogs will go to the vet or the groomer while the others stay home. Sometimes, upon the one dog’s return home, his pet siblings will greet him by sniffing his butt. But why do dogs sniff each other’s butts?

While it seems a rather weird and invasive form of greeting — and one I probably won’t partake in myself — it’s actually pretty common for dogs and not meant to be intrusive at all. Butt-sniffing is a way for dogs to get to know one another. “Simply put, it is their way of shaking hands and introducing themselves,” said Summit Earhart, a dog trainer with Furry Friends, an animal rescue organization in Northern Palm Beach County. 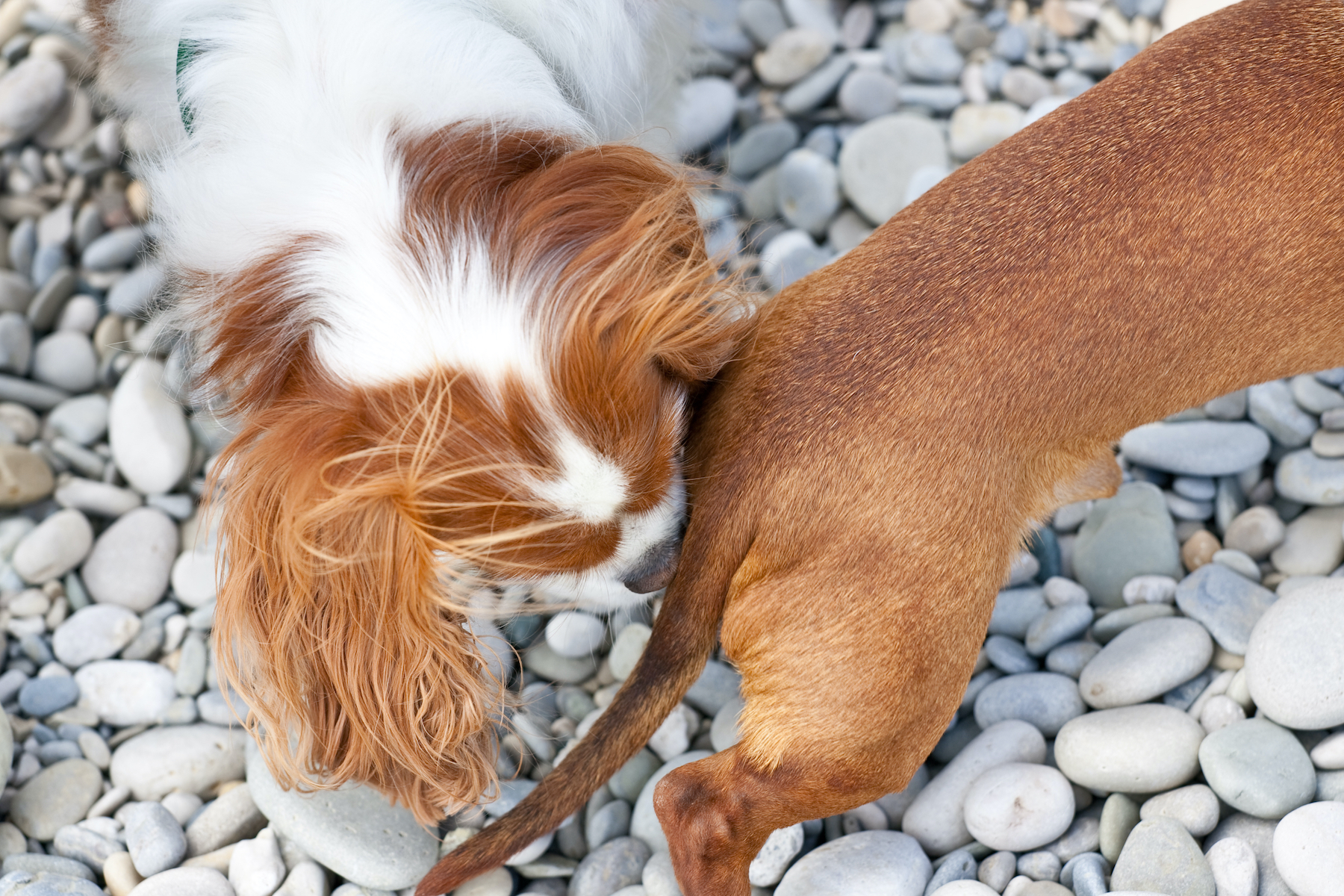 However, butt-sniffing is NOT the only source of information gathering that your dog uses when interacting with other canines. They have some pretty great tools at their disposal. More than their humans always will realize.

“Dogs are very in tune to body language as well, and use their knowledge of doggy body language in addition to their sense of smell when approaching a new dog,” said Earhart. This is why not ALL dogs decide to go straight in for that “handshake” right away.

We have to remember that as smart as they are, dogs are not human and they lack our social graces. Much of what they do has to do with biology and their anatomy and senses.

When it comes to the sense of smell, dogs are just better at it than humans. “Humans have about 5 million receptors in their noses,” said Mary R. Burch, PhD, AKC Family Dog Director and a certified dog behaviorist. “These scent receptors allow us to walk into the house, take a sniff and smell the single smell of spaghetti sauce cooking. Dogs have 150 million receptors that give them a sense of smell so keen they not only can smell the sauce, but they smell each individual item in the spaghetti sauce from meat to oil to vegetable and multiple spices,” said Burch.

No wonder they so badly want a taste! 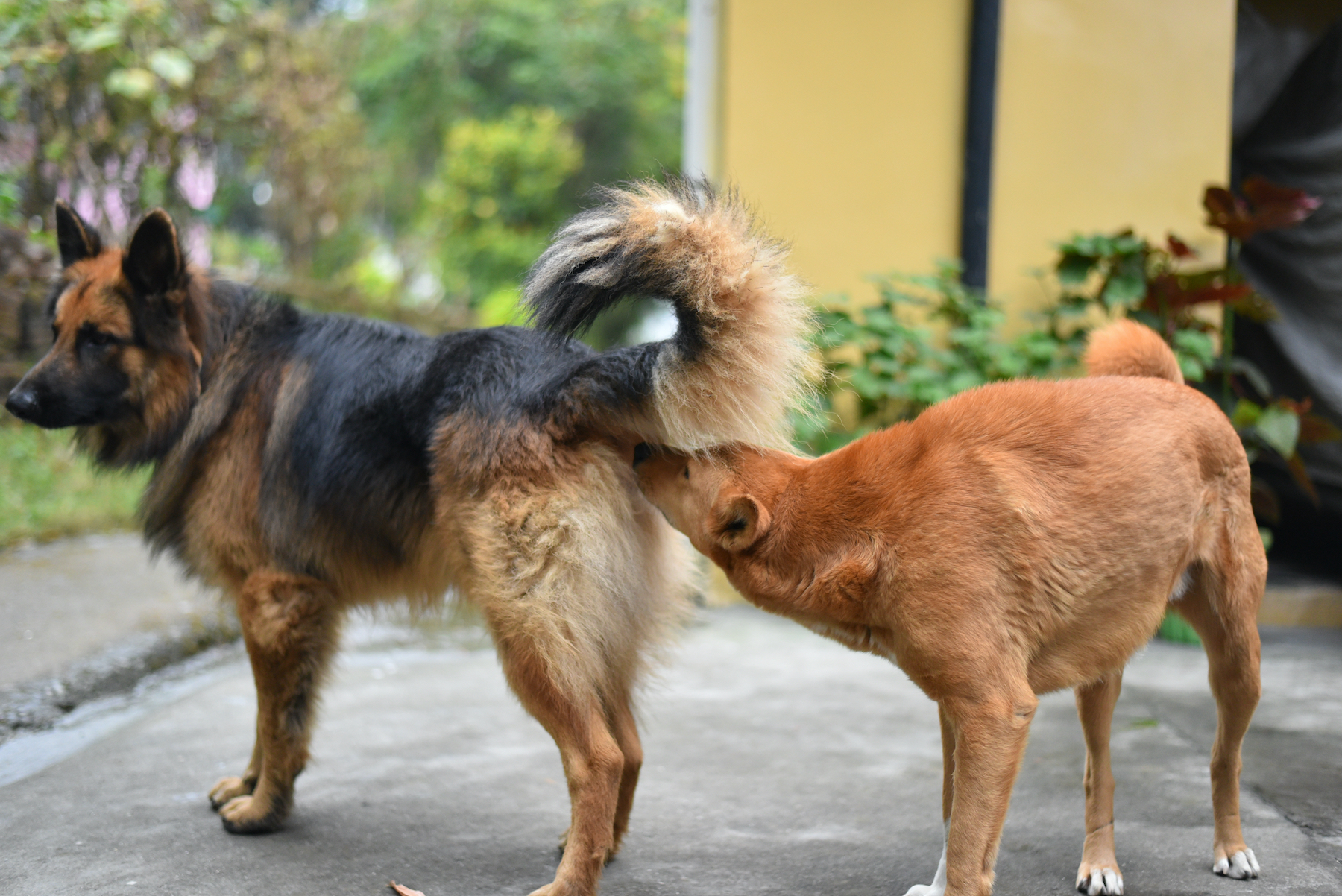 At the other end of the dog are the anal glands and rectum. Or, as we know it, the butt. “These body parts secrete smells that other dogs can detect, and the scents help dogs gather information about each other,” said Burch. “By sniffing another dog’s rear end, a dog can determine if the other dog is male or female, healthy or unhealthy, and what the dog has been eating,” said Burch. Maybe this habit seems impolite to humans but it’s not meant to be, and it is actually a way for dogs to get to know each other by gathering all of the necessary 4-1-1.

If only humans had a way of instantly getting to know all the important details about someone they were interested in potentially knowing better!

Dogs are dogs and some things that make us flinch are perfectly normal behavior and socially acceptable for our canine companions. So, stop judging and maybe we can learn a little something from our furry friends! (A lot, actually…)

That said, maybe don’t go sniffing your next blind date’s butt over introductory cocktails… they may take it the wrong way!