We’ve all seen some version of this scenario: After a long day at work or school, we come home and find that our adorable but naughty puppy has eaten the couch (or our favorite shoes, or that expensive purse!) while we were out. And even though they were indeed very naughty, they have that incredibly adorable… kind of guilty look on their face. It’s no doubt precious.

Immediately you scold them and they look back at you with wide-eyes, tail tucked, head down - seemingly to say “I am SO SORRY, mommy.”

You accept this (apparent? Do dogs feel guilt?) apology, because “how could you not forgive that face?”, and go on to cleaning up the mess, hoping this will not happen again, but knowing it’ll probably happen again tomorrow. Or sooner.

“This interaction makes us, as humans, feel better about the fact that Rover has done something naughty because we feel as though he has apologized for it,” says Summit Earhart, a dog trainer with Furry Friends, an animal rescue organization in Northern Palm Beach County.

However, there is something very much different to guilt actually going on in your dog’s mind. “Although dogs seem to understand and express emotions through body language - there are some emotions and concepts that are just too complicated for our dogs to understand,” continues Earhart. Guilt is one of those complicated emotions. And, to be fair, isn’t guilt rather difficult to process even as a human? Look at our own human-to-human relationships. It’s easy to empathize with our pups on this one.

But, of course, we’d love to believe they are feeling guilty and learning the error of their ways, in order to be a more evolved partner… er… pup. “The scenario above is simply an example of anthropomorphism - giving human characteristics to our dogs,” explains Earhart. What is actually going on is that your dog is responding to your reaction of the mess upon coming home - and likely not because they know they’re responsible for creating that mess.

However, dogs DO know when you are upset and are displaying punishing behaviors - this is something that they have been taught by their interactions with you and with other humans. Therefore: “They react to you based on their previous learned associations of your body language, voice tone, and verbiage,” says Earhart.

Dogs have a very limited sense of time and typically live in the moment. “Unless you can catch them in the act of doing something naughty (or very shortly after), it is impossible to say that your dog understands what they did was wrong - and feels “guilty” about something that they did hours in the past,” says Earhart. 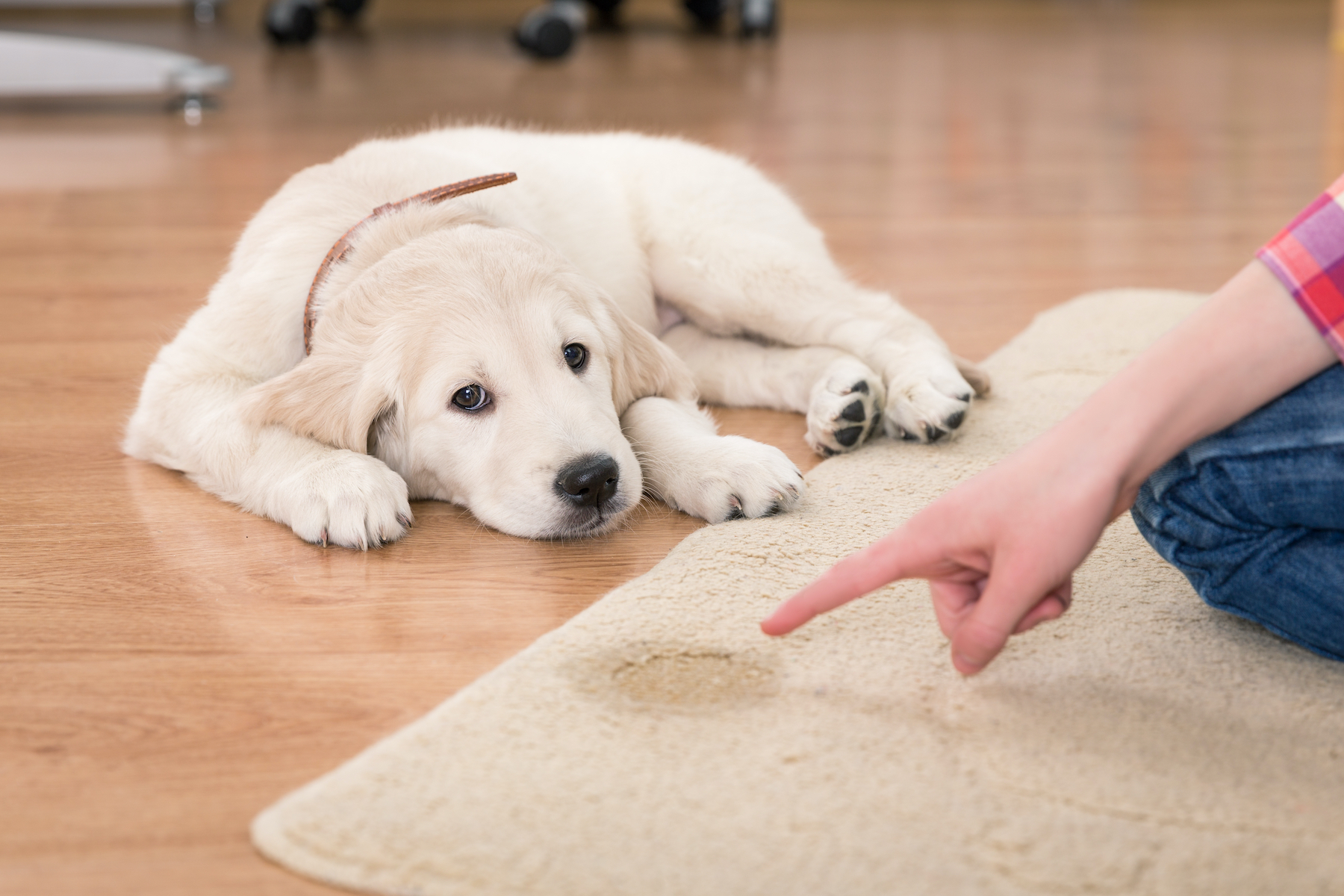 But what about all those adorable guilty dog photos plastered on social media for all of us to fawn over? The ones where a dog is photographed wearing a sign that says, “I chewed up these shoes”? That’s assuredly a guilty dog, right?

“Guilt is basically knowing that one has done something wrong and feeling shame as a result,” says Burch. “When a dog appears to look like it is feeling guilty, you see body language that may be a dipped head, lowered ears, avoiding direct eye contact, and a tail tucked between the legs. This may be what you see when you come in the house and the kitchen garbage is strewn through the living room,” says Burch.

In this scenario, what has most likely happened is the dog has done this before, and the owner has reacted by screaming, yelling, scolding, and otherwise acting angry with the dog. The dog has become frightened. “When caught in the act a second time, there is a learning history, the dog knows how the owner is likely to react and exhibits body language that can be interpreted as guilty,” says Burch.

Without the pairing of the owner’s initial reaction, on his own, the dog doesn’t understand the difference between Jimmy Choos and a chew toy. Consider that the next time they turn over the garbage can and leave a mess everywhere… it’s food for thought! (Much like they consider your favorite shoes…!)