One day, when I was in my mid-twenties and thought I was just starting to figure life out, I got a text saying that a friend of a friend was looking to re-home an adorable 4-month-old Siberian Husky he’d had for a couple of weeks. It just wasn’t working out.

A week later, I met Ryder. We bonded immediately. He quickly became my shadow, following me from room to room. I never felt alone again. He showed me a new side of a neighborhood I never took the time to walk through. Most importantly, he showed me just how caring and responsible I could be for another living thing.

Everything was pretty much perfect until he was about a year and a half old. I woke up to the sound of him thrashing in my closet early one morning. I didn’t know what was going on or what to do. What was probably only a couple of minutes felt like an eternity. Was he in pain? Was he going to live? Would it stop?

I couldn’t bring myself to go to work that morning. I called the vet the minute they opened. After that first appointment — and many others — my dog was diagnosed with idiopathic epilepsy, a condition that results in seizures and is likely genetically passed down. While idiopathic epilepsy can potentially be managed with regular medication, it can’t be cured.

It’s been over a year since that initial diagnosis and it’s certainly had its ups and downs. Even when Ryder’s medication appeared to be working for a while, I would wake up to the sound of him thrashing in his sleep with no warning. Then we’d have to re-start the process of visiting the vet, taking tests, adjusting his medication(s), and hoping for the best.

While this situation isn’t exactly common, I know that it was a huge help to be able to hear from other pet owners who went through something similar, whether it be idiopathic epilepsy or some other chronic condition.

So this is my opportunity to lend a helping hand to any other pet owners out there who need to know they’re not alone by offering up some tips on what to do when your pet is sick and you can’t fix it.

Speak To A Professional

The first thing you need to do if you have the slightest inkling there may be something wrong with your pet is to seek professional help. Speak to your regular veterinarian as they have a baseline and can assess if something is out of the norm. Depending on if they find anything, they’ll either administer some tests and give you instructions on what to do or suggest you speak to a specialist. In my case, Ryder’s condition became so difficult to manage that my primary veterinarian gave me the contact information for a pet neurologist who was trained to specifically deal with something like idiopathic epilepsy and hopefully get things under control.

Sure, if you already know what you’re dealing with, the internet can be an important tool for research. But if you’re trying to diagnose your pet yourself, who’s to say that you don’t completely miss the mark? (You know, like that one time you had a bruise on your arm and were convinced you had scurvy?) Save yourself the time and worry — you can’t beat a professional’s opinion.

Whether we like to believe it or not, there’s a chance that once you talk to a professional, you may get some bad news. For me, it was that Ryder would always have this condition and our goal wasn’t to prevent all future seizures from happening, but to cut his seizure frequency down to once a month and hope they never last longer than a minute.

This was pretty hard to hear, but it was also important to know what I was aiming for. This way, I could keep an eye on Ryder’s progress and make adjustments if his condition worsened. If he had more than one seizure a month, we’d be headed to the vet. If he didn’t have one for a month and a half, that was considered a small victory.

When you’re dealing with a condition that isn’t going away anytime soon, small victories really do add up. Make sure to appreciate them. 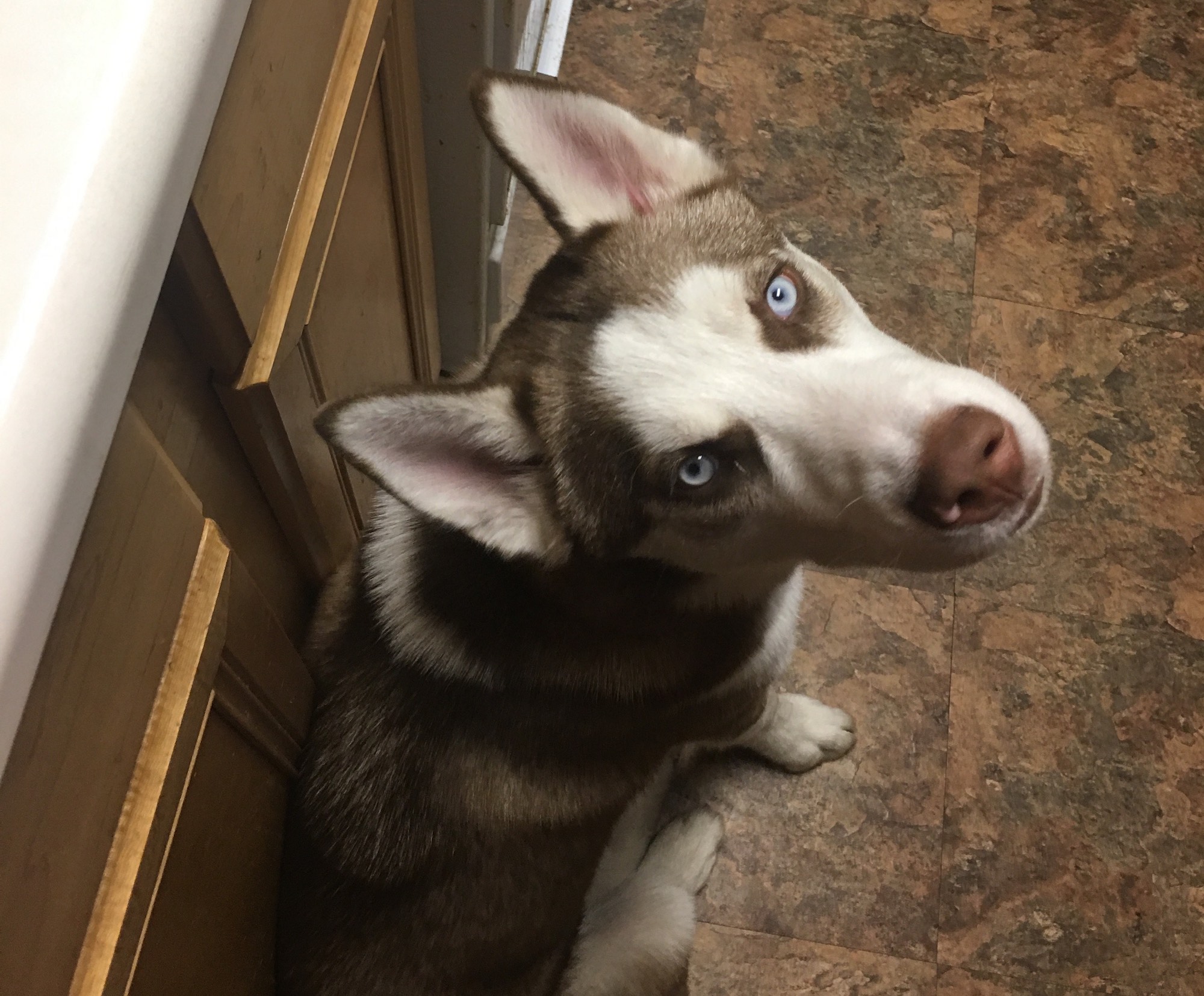 Take Care of Yourself

If you’re anything like me, you love your pet more than you probably imagined you could. Not only are they dependent on you to live, but they’re your most loyal companion who’s always there when you need them – and sometimes even when you don’t.

Which is exactly why it’s very easy to find yourself devoting every ounce of your energy to making sure your pet is as happy and comfortable as possible at the first sign of something wrong. It’s hard not to be preoccupied, but the stress that comes from constantly worrying can take a serious toll on your life. And who’s going to take care of your pet if you can’t because you didn’t take care of yourself?

Do what you can to continue to live a full life and enjoy yourself. There should be far more good days than bad, and it’s best to keep that in mind.

At Ryder’s worst, I was losing sleep because every time I heard a noise in the middle of the night I wouldn’t know if it was another seizure or if he was just finding a better sleeping spot. I’d jump up, turn on the lights, and check on him. And this was a nightly occurrence.

Eventually, the people in my life started to notice how tired and stressed I was and pitched in to help when they could. Remember you can lean on others too. You’re never alone.

The harsh reality of health complications is that they can force you to make some pretty major life adjustments.

Financially speaking, things can add up pretty quickly. Depending on your pet’s condition, you may need to get regular testing and medication, which can average out to $100 a month — or much more. And then there’s the instances of emergencies when you have to rush your pet to the emergency vet in the middle of the night that costs three times as much.

There are a couple ways that you can prepare for these situations now and save yourself some stress down the line:

Read Up On Pet Insurance

While health insurance providers may have finally stopped disqualifying people from coverage for having pre-existing conditions, pet insurance isn’t quite there and may not be for quite a while.

This essentially means that if your uninsured pet suddenly develops a condition of some sort, all treatments related to that condition going forward will be paid for fully out of pocket.

I can speak to this from experience as I wasn’t even aware that pet insurance was a thing before Ryder developed idiopathic epilepsy. As a result, I’ve now spent thousands of dollars on medication and tests that I could’ve easily cut down if I was willing to pay a monthly insurance fee before this entire ordeal started.

Have A Support System

The saying goes that it takes a village to raise a child. Not to be one of those clichéd pet owners who compares his pet to a child and proudly wears a “Best Dog Dad” t-shirt, but the same goes for pets. If you have people in your life who care about you, don’t be afraid to ask for help. It could be something as small as asking a roommate to give your dog his medication when you’re running late one day or asking your mom to come over for moral support after a bad night because you need a shoulder to lean on. 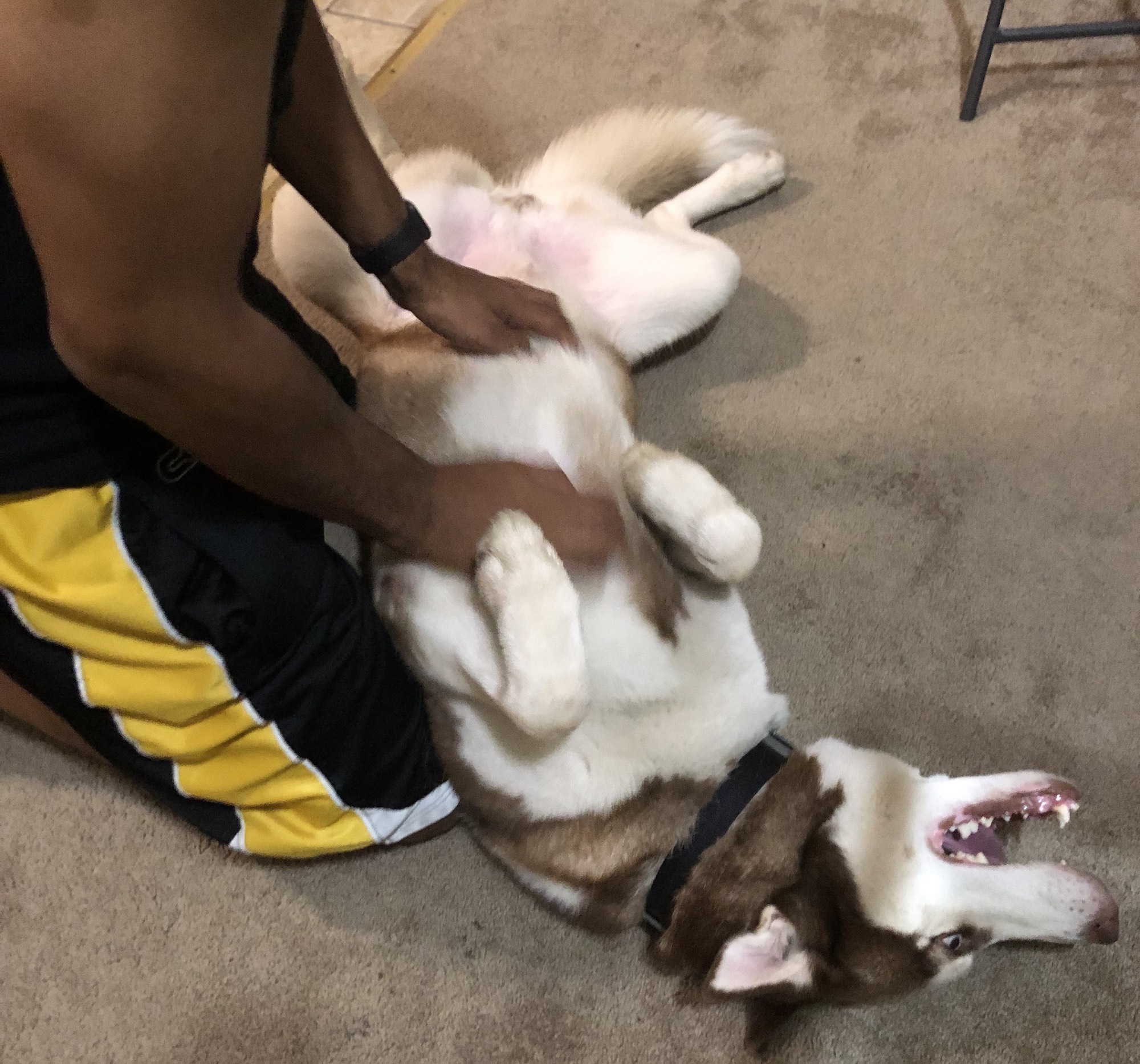 Be Honest About The Situation

You need to make sure you’re being honest about what’s going on in this situation. There may come a time when your pet’s condition isn’t getting any better, or even staying the same, and is getting worse over time. At that point, quality of life may become a part of the conversation.

This includes both your pet’s quality of life and your own. If your pet is living a life of suffering or if you’re spending far too much time and energy managing your pet’s condition — or facing a growing pile of credit card debt — it’s likely time to ask for help. Or even, as sad as it may sound, think about rehoming it with someone in a better position, if possible.

Don’t worry, you don’t have to go through this alone. And, if you’re lucky, it could just be a bad patch that you work through. But be sure to keep your vet in the loop if things start to take a turn so that you can be prepared to have those hard and honest conversations about what the next steps should be.

We often think of our pets as the best versions of themselves – with their tails swaying as they smile or purr in our laps. In a perfect world, this is how they would always be. Sadly, this isn’t how our relationships with our loving fur pals always tend to go. That’s why you should always embrace the good moments. A little hope can go a long way.