Have you ever looked up at the vast night sky, stared at the hundreds of billions of stars, and wondered how each and every one of them is affecting your dog specifically? Me too. Like, all the time. Horoscopes aren’t just for humans after all; dogs are born under the same stars as we are and are subject to the same whims and fancies astrology has to offer.

This is your dog’s horoscope for the week of November 25 to December 1. You can also check out last week’s dog horoscope if you want to confirm that we got everything 100% right. (We did.) In the meantime, check out what the next seven days have in store for your doggo, according to their zodiac. 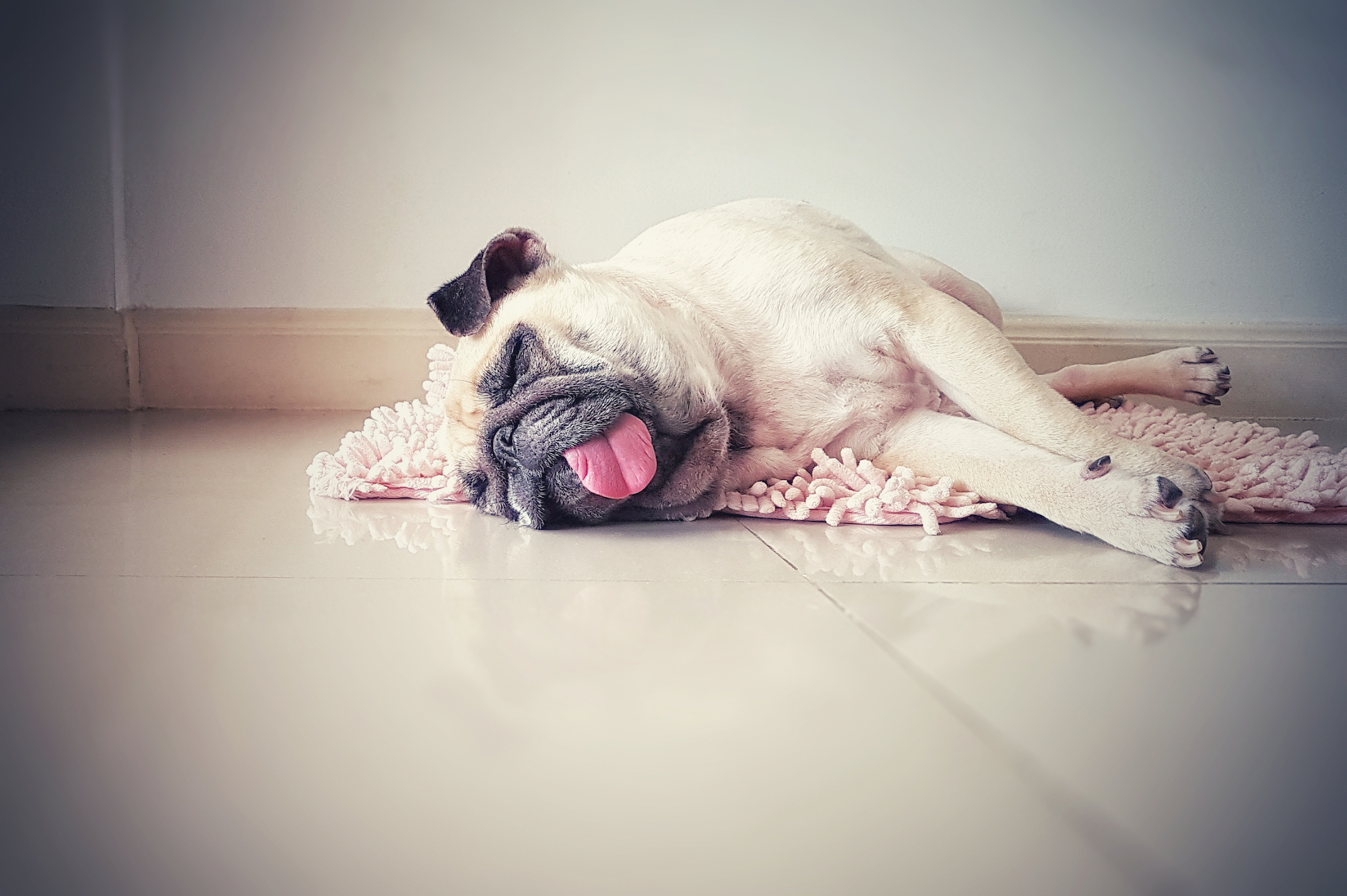 You’ve been having restless sleep, Aries — the kind where your legs move, but your body doesn’t. There’s nothing more frustrating than chasing something you can’t quite reach. It doesn’t take deep doggo dream analysis to understand that you should trust your gut when it tells you it’s time to run. A little vacation from your usual routine should fill you with all the #inspo you need to hit the ground running on fulfilling all your doggy dreams. It’s easy to forget how much you love the chase when you lose sight of the goal. Now is not the time to let sleeping dogs lie… even if it’s, like, really comfortable. 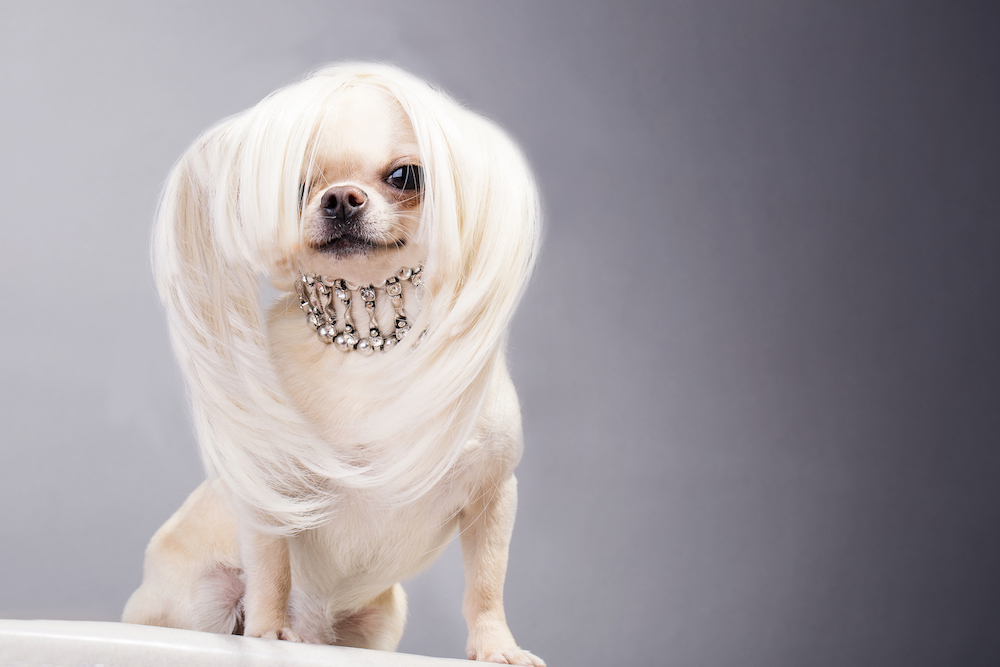 OH MY DOG, can you feel all that energy radiating from Venus right now? It’s bringing the heat, which means you. are. serving. it. too. You may notice a few more double takes than normal from strange dogs (and humans!) alike when you pass them on the street. That’s because your aura is magnetic, and it’s only getting more attractive. We know being the hottest pup in the park is both a blessing and a curse — as with great power comes great responsibility. So how will you channel all this brand new attention? Shine it on the causes that mean the most to you! Food and belly rubs for everyone! 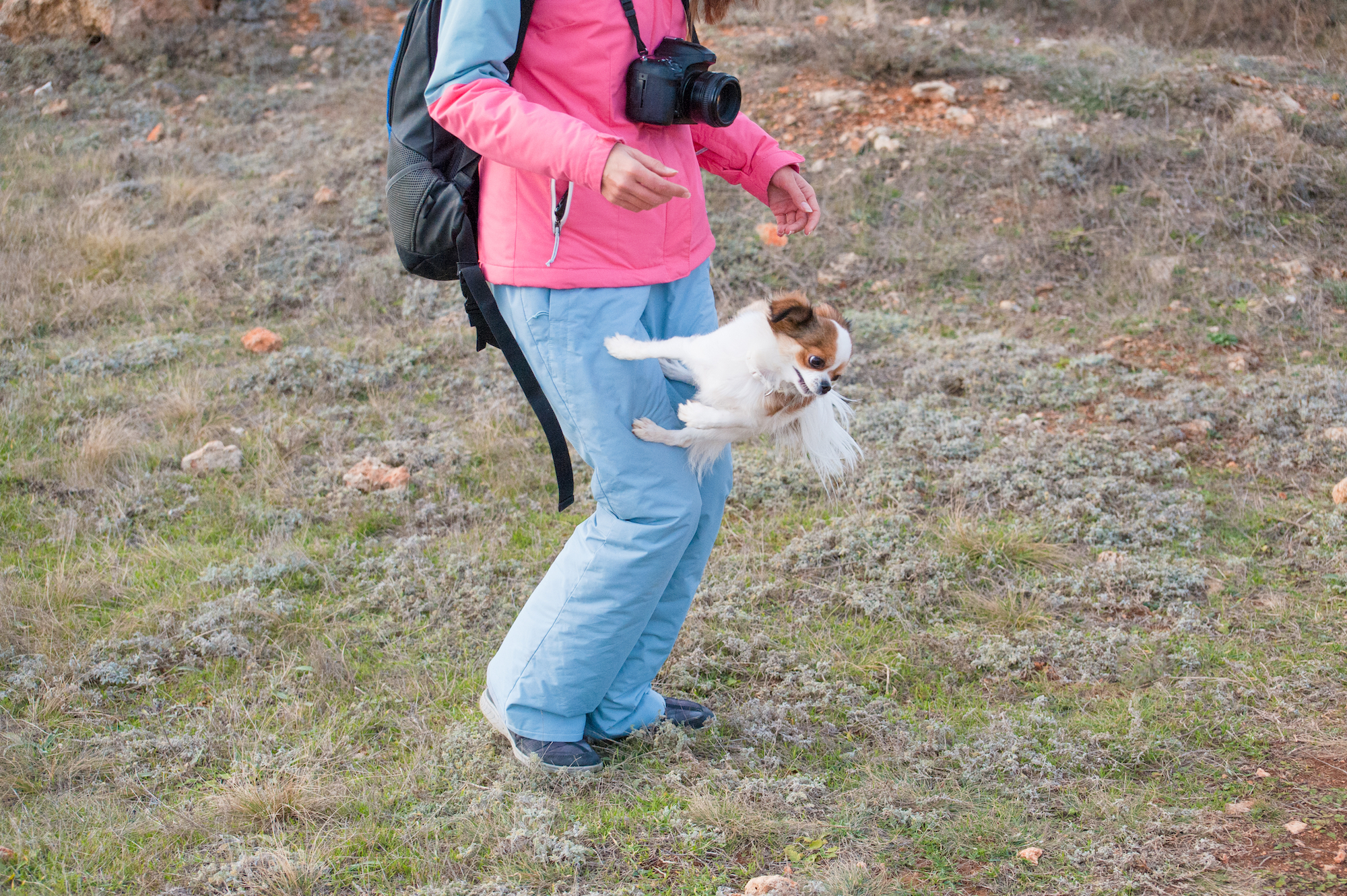 Sometimes it feels like people exist in your life just to make it harder. Like, listen, Karen, it shouldn’t take 12 tricks just to get one treat. Instead of jumping through hoops and engaging with the things (and people) that actively sap your energy, find activities that add to your life and nourish you. Yes, of course, we mean eating, but we also mean so much more! Don’t let the Karens of the world stifle your dreams. A game of fetch is a lot more fun when you actually like the human you’re coming back to. Never settle for anything less than you deserve. And let me tell you, little Gemini, you deserve the world (and a whole lot better than Karen). 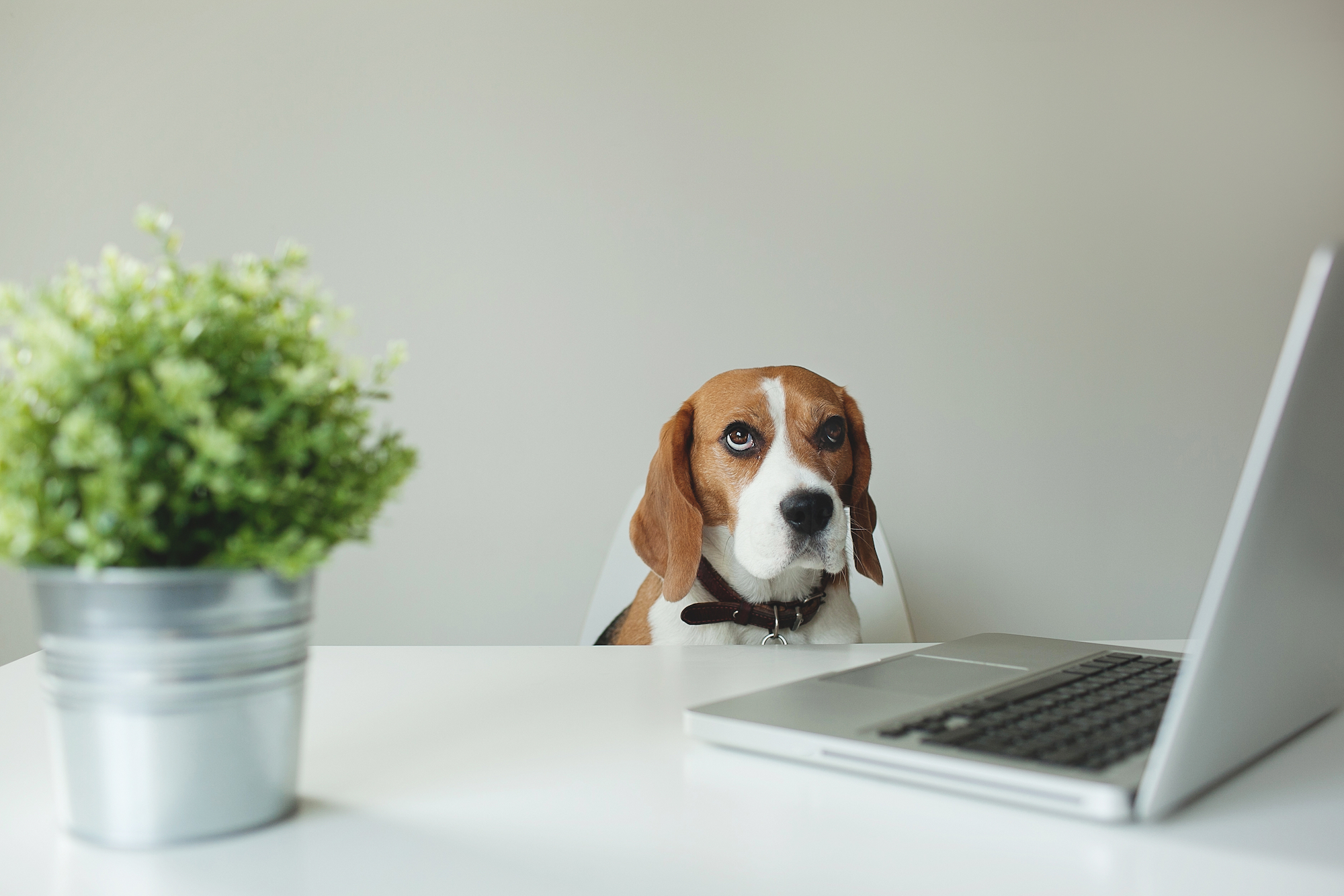 People tend to expect a lot from you, capable Cancer, but no one expects more from you than YOU. All that pressure may turn some dogs into diamonds, but it can also turn others into dust. Working like a dog every day (which we realize, as a dog, you can’t really help) can take its toll. If you find yourself overwhelmed by the sheer amount of everything you need to do, try and focus on smaller, easy-to-achieve goals. Knocking some items off your to-chew list, no matter how bite-sized, will give you the confidence you need to take over the world. And if world domination isn’t your goal (yet), you can at least count on a solid night (and day) of sleep. 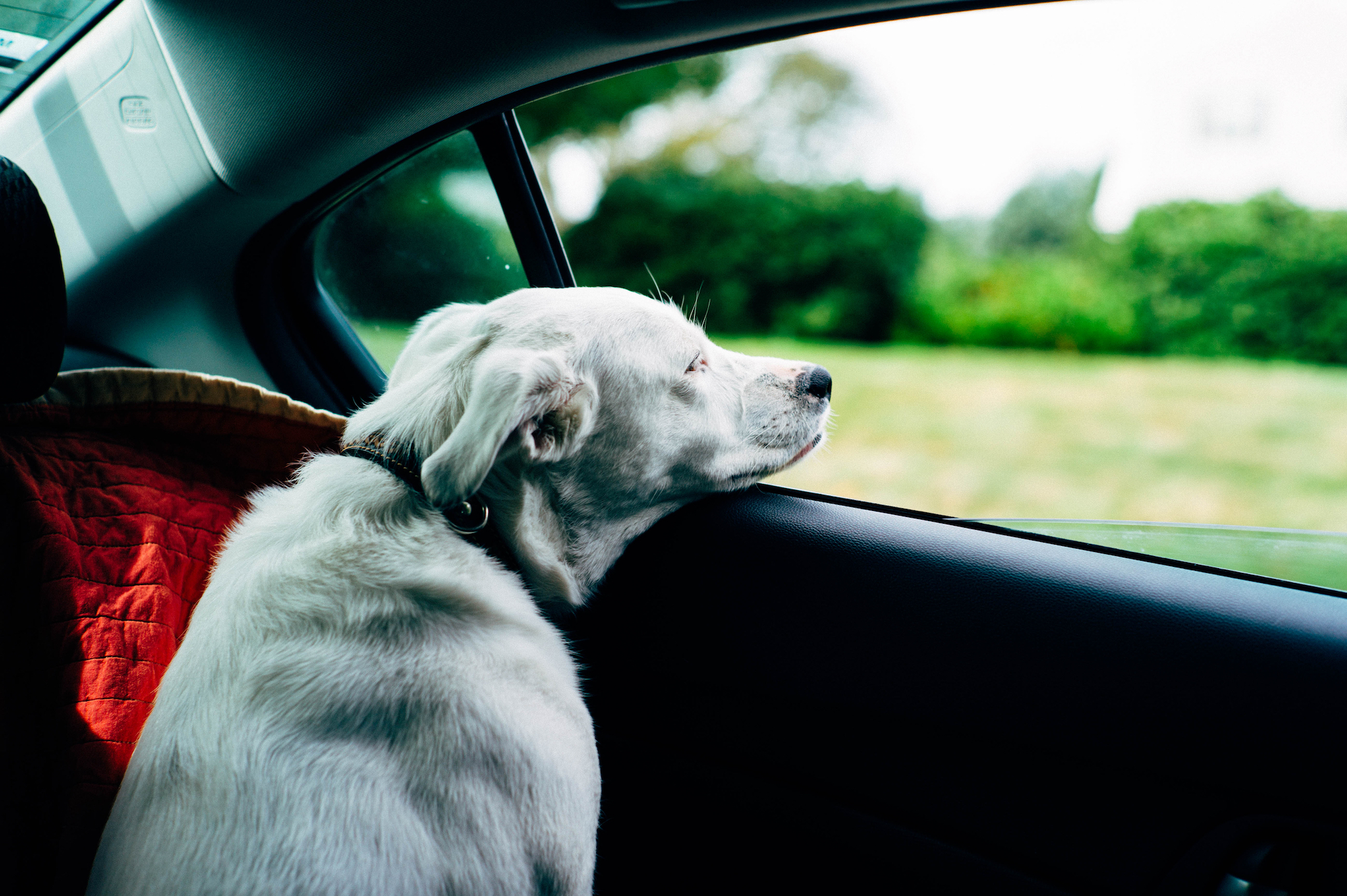 Can you smell that, Leo? Take a deep whiff. No, don’t worry, it’s not you. There’s drama in the air, and it’s coming in steaming hot. You have a bit of a nose for other people’s problems, and it’s hard not to get sucked in. This week, however, is all about the big picture. So no matter how hot the goss is, don’t bite. Getting a little perspective in life is important. Take this time to focus on yourself (which shouldn’t be too hard for a Leo). Go on some long walks. Stare vacantly out of a few car windows. Bark because you feel like barking — not because someone rang the doorbell. When things are all about you (as they should be), you become completely in control of all your decisions. And, honestly, who makes better choices than a dog all alone in an empty home? 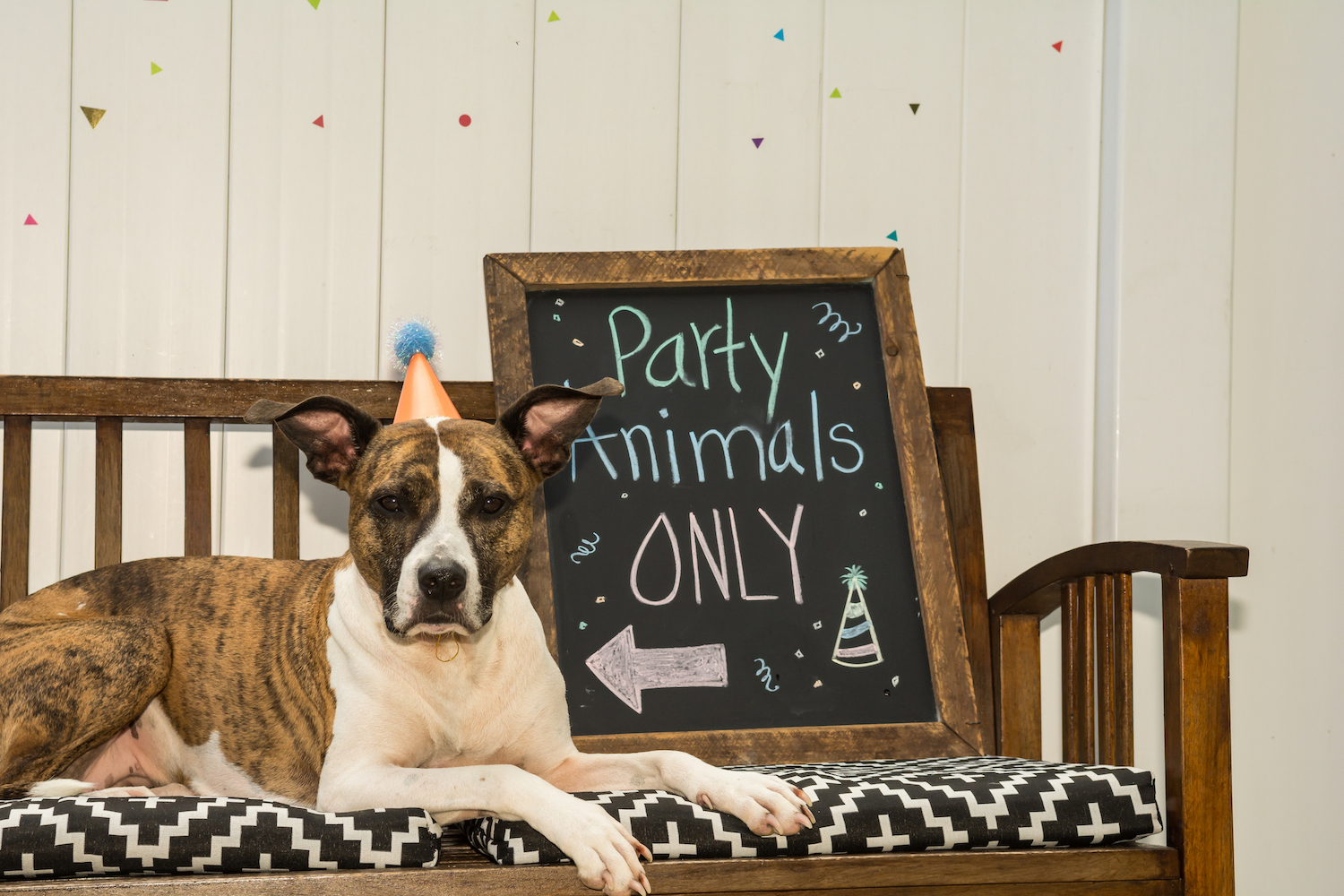 You’re feeling smarter than just about everyone this week, which is nothing new, you brilliant Virgo. But, like, when will anyone get on your level? It can be lonely at the top. And, after a rather intense period of introspection this month, you’re feeling ready to get out of your own head and let the stress melt away. You may not be the biggest party animal on the block, but when the time calls for it, you throw down with the best of them. So loosen that collar and let your hair down. You may be surprised how many pupper friends you make when you actually throw them a bone. 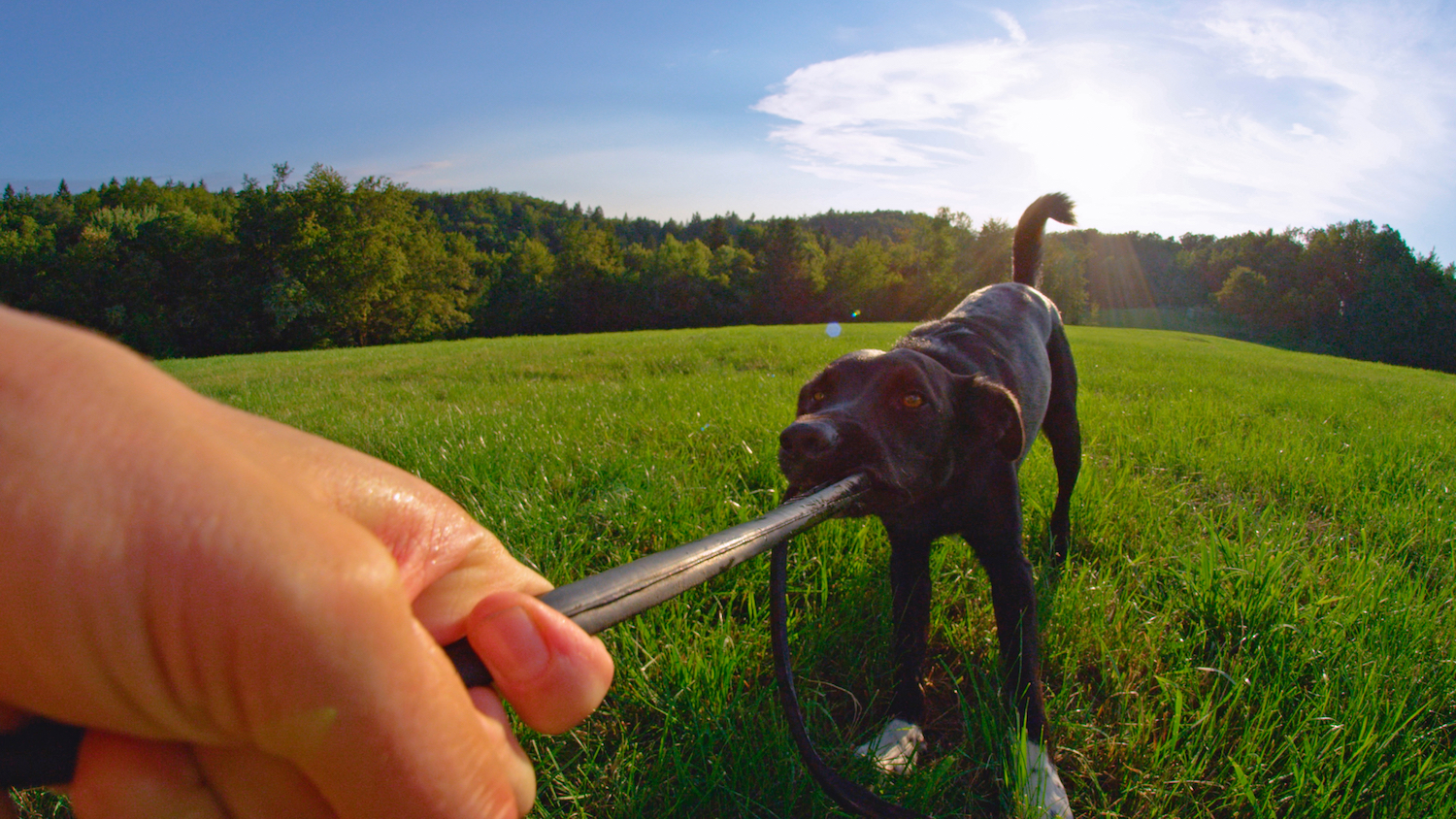 As a Libra dog, you know you’re far better at giving orders than you are at taking them. That’s why this is the perfect time to teach your owner who’s the real boss in the family. Now listen closely… this has to be subtle because people like to think they run the show. It’s all about rewarding the human on the other end of the leash’s good behavior. Every time they do something you like, give them a treat. Every time they step out of line, let them know you’re not happy. Only give cuddles if they feed you or when they scratch that perfect spot just behind your ear that makes your leg do that weird thing. Be the dog you want to see in the world. 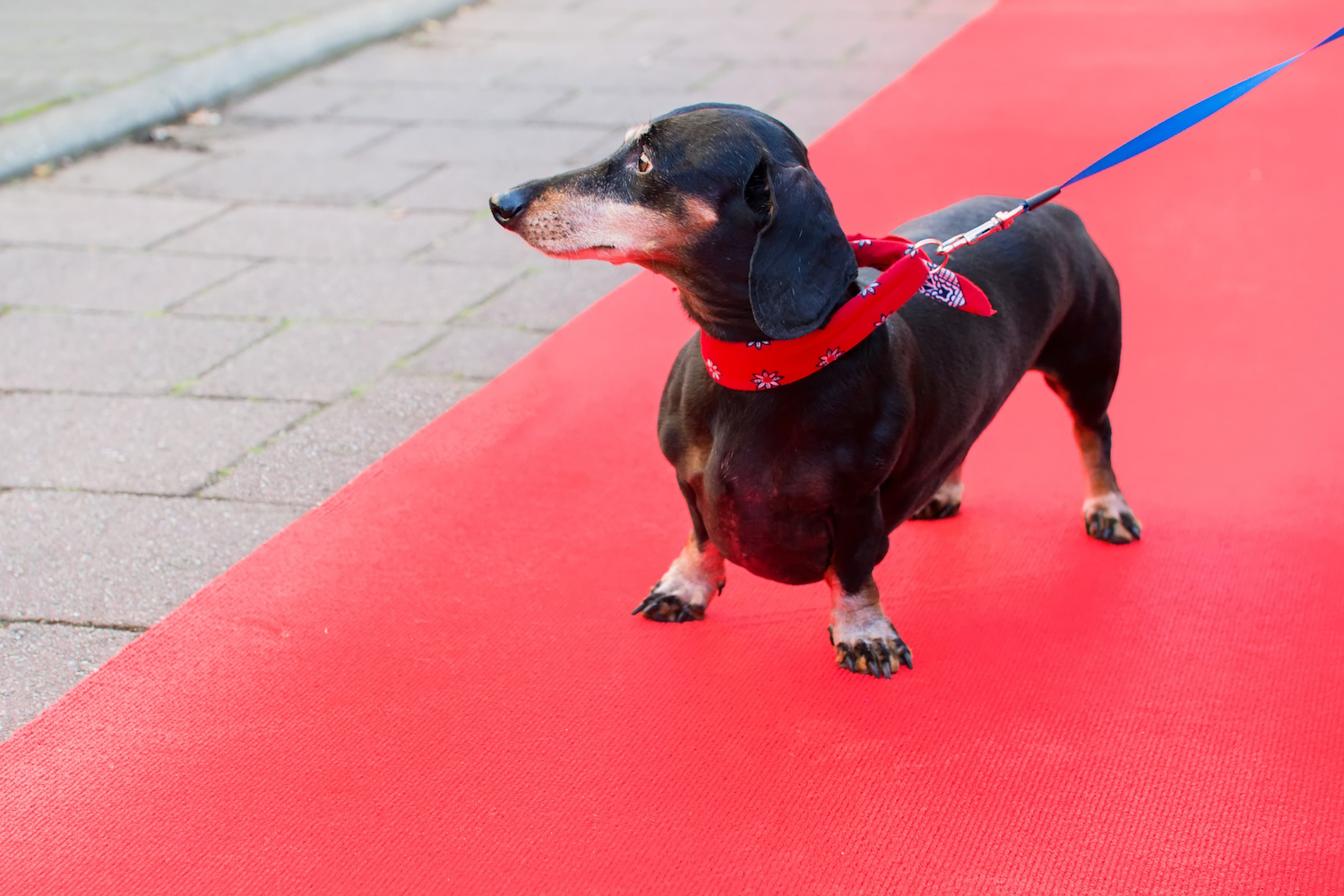 You’ve been doing a lot of work on yourself, Scorpio, and it’s not something everyone might notice right away. That’s just because so much of it is happening below the surface. Remember: You don’t need people to tell you you’re a very good dog, you already KNOW you’re a very good dog, thank you very much. Now it’s time to take the show on the road. Spread your message of self-actualization far and wide, bark it from the rooftops. You are an independent doggo who don’t need no human! And with Jupiter and Venus meeting in the sky, there’s no reason this can’t be a financially lucrative endeavor. There’s a motivational petfluencer hole in the market that’s shaped an awful lot like you. 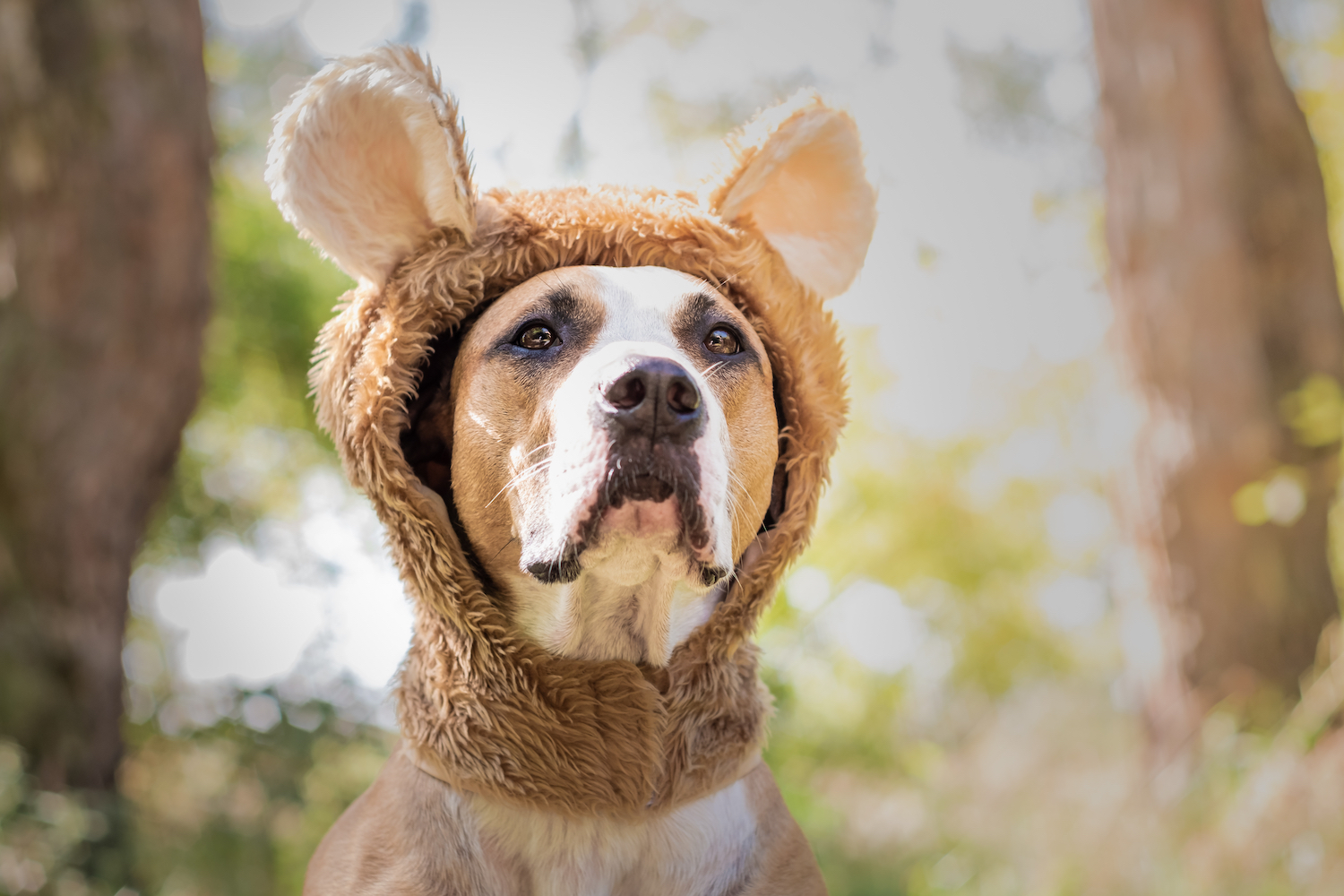 It’s FINALLY your season, Sagittarius, which is a relief, given you hate anything that doesn’t have at least something to do with you. As per usual, you’re ahead of the curve. So don’t wait until the ball drops on this year to hit refresh and pupgrade your life. Treat this next week like a clean slate and you’ll be blown away by all the opportunities barking at your door when you’re not distracted by the things you’re “supposed” to do. This heightened awareness isn’t only limited to you either. Let the humans in your life know what’s wrong with them too. Don’t waste this wisdom. Sure, they may not like it, but you didn’t like the Halloween costume they forced you into either. This works both ways. 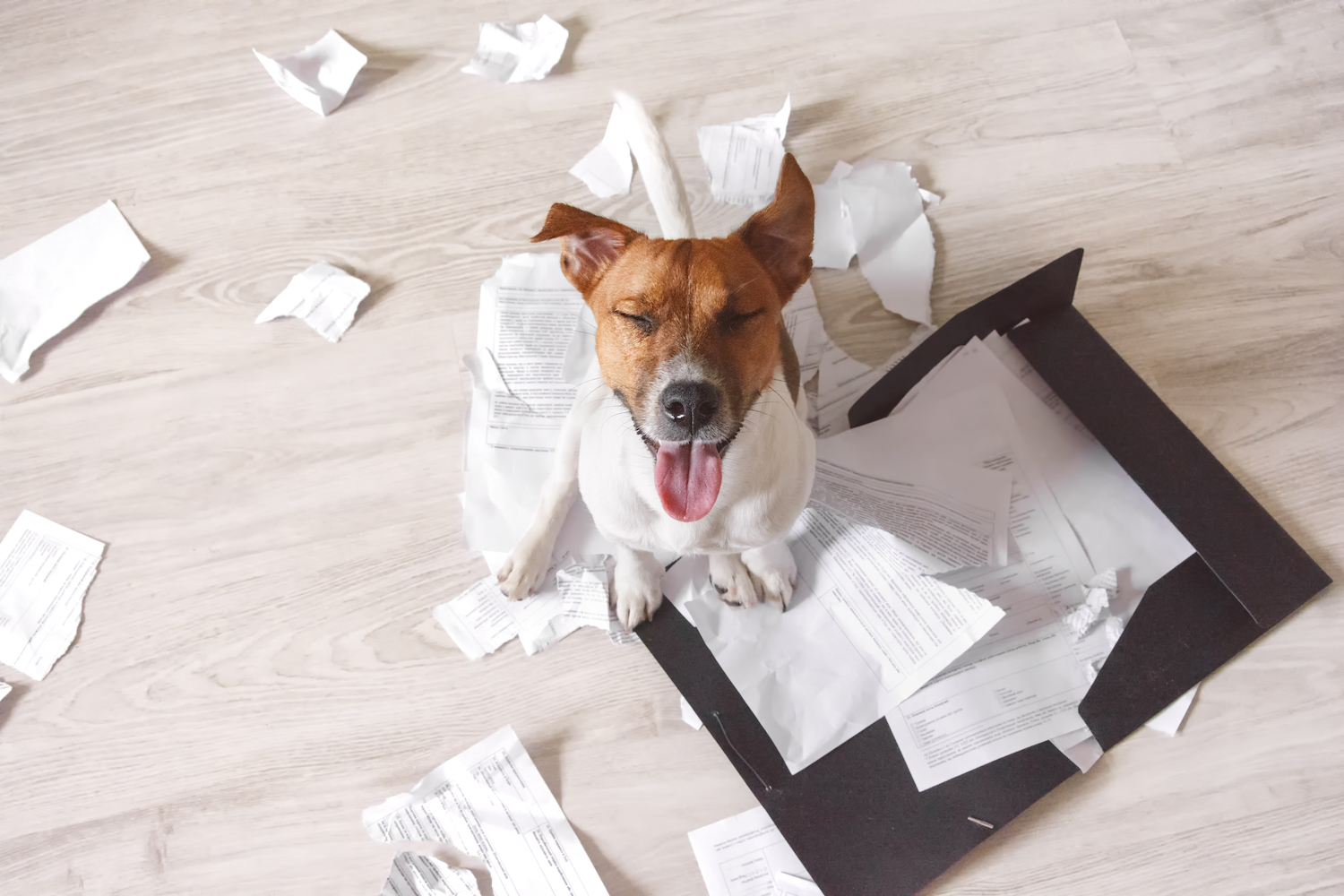 There is a burst of electric energy in your life right now, Capricorn, and you shouldn’t squander the spark. Everything is happening all at once and there’s no real way to control it or even slow it down. No matter how many times you’ve told this phenomenal cosmic energy to “Stay!,” it continues to rear its head and disrupt the status quo. Embrace the chaos, practical Capricorn, even if it goes against everything you stand, sit, roll over, or give paw for. There won’t be very many moments of such unbridled potential in your life, make sure you unleash it all and never look back. 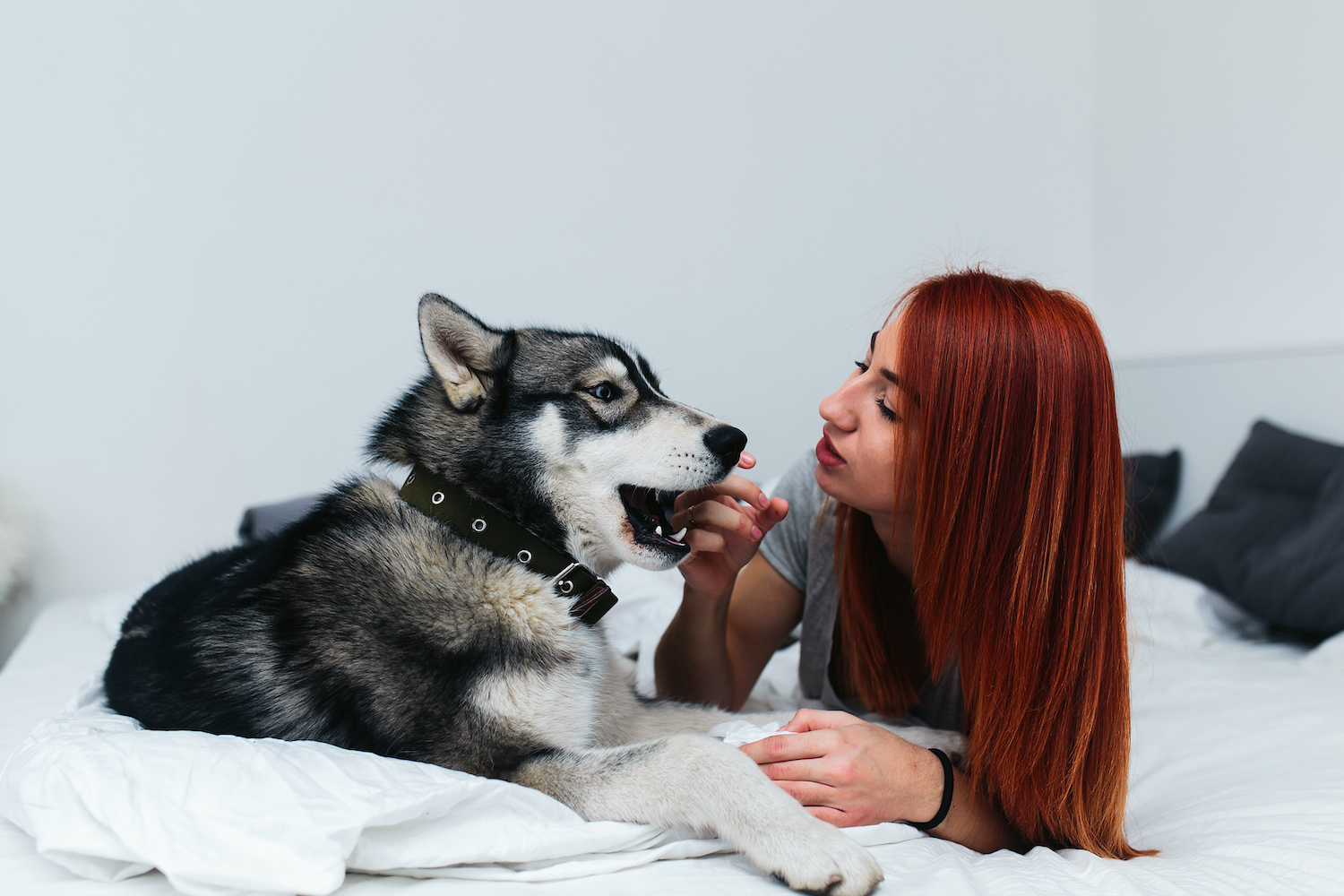 Dear changeable Aquarius, sometimes you can feel like a member of the pack, and sometimes you can feel like a lone wolf, striking out on your own. Such is the delicate balance of living as a capricious Aquarius dog, whose mood gets changed more often than the water bowl. One thing an Aquarius dog is certain of, however, is their undying love for their human. Be careful though, as it’s easy for a human to feel neglected if you’re not jumping on top of them 24/7. Make sure they know they’re the most important thing in the world. Take more care to celebrate your relationship and it will flourish more than the flowers you’ve been secretly “watering” in the living room for the last few months. 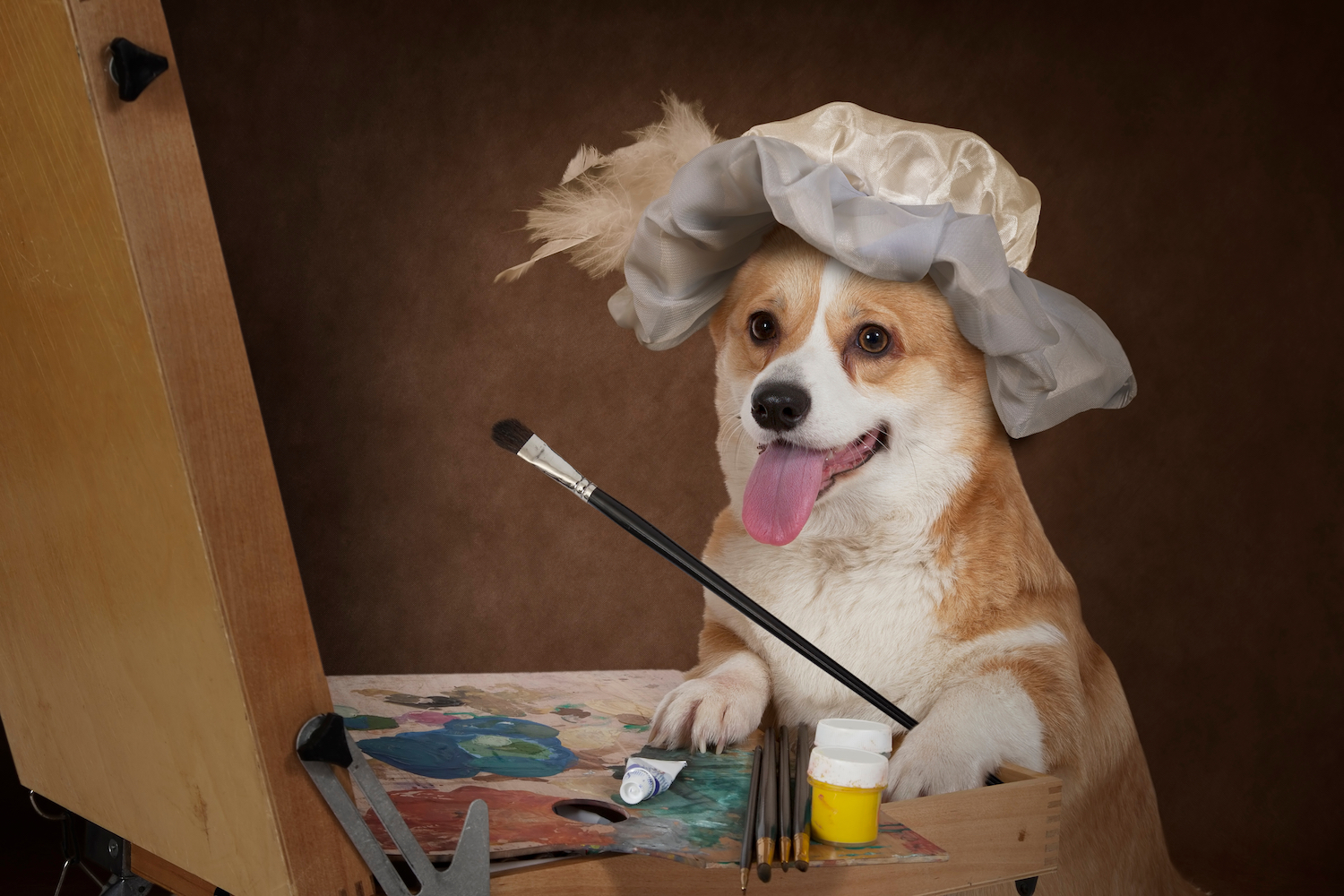 Newsflash: Sometimes lazy dogs need breaks too. Is lying on the couch all day feeling a little repetitive, dreamy Pisces? It’s true that seeing the same scenery day in and day out can stifle your inner dog artistry. Maybe change rooms, find a different soft surface, and get a new perspective on things. Viewing the world a little differently can do wonders for your creative energy. Who knows? You can be the next Puplo Picasso. It’s important to remember, however, that these things take time. Rome wasn’t built in a day, and that hole in your backyard may take a few more digging sessions before it’s truly dangerous to the humans.