How To Train Your Puppy When They’re So Cute, It’s Hard To Say ‘No’

New puppies are wonderful in some of the same ways that a newborn baby is, because that is what they are! When a puppy is a baby, everything they do is cute, whether it’s nibbling on your hand, aggressively jumping on you, or refusing to listen to commands. Every bark is adorable! But generally, puppies, as wonderful as they are, tend to grow into adult dogs, and those cute traits become full-grown behavior problems!

It’s hard to set boundaries with anything as adorable and tiny as a puppy, and they get away with a lot. But if they become accustomed to getting away with everything, those cute quirks can become bad habits when they get older. So, is there something to be done puppyhood to avoid this? 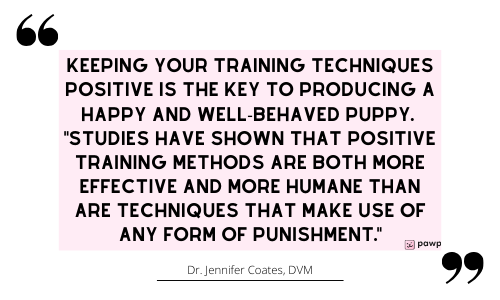 Keeping your training techniques positive is the key to producing a happy and well-behaved puppy. “Studies have shown that positive training methods are both more effective and more humane than are techniques that make use of any form of punishment,” says Dr. Jennifer Coates, DVM, who serves on the advisory board for Pet Life Today.

Just because puppies are cute doesn’t mean you shouldn’t establish boundaries. It won’t make sense to your dog if the rules only start applying when they get big. Decide what is off limits early and stick with it. Use positive reinforcement. “If you allow a puppy to consistently ignore your authority, it will be more difficult to establish it when your dog is an adult,” says Dr. Coates.

Keep in mind that what may seem like no big deal when your puppy is small can turn into a big problem when they are fully grown. Do you really want your 75 pound Labradoodle jumping up on people as a form of greeting? It’s crazy how quickly cute nibbles become painful bites!

The most common thing puppies get away with is jumping up on people. “When a puppy is as cute as yours, most people will gladly let a puppy jump on them,” says Holly Ovington, founder of Positive Paws Training. They then respond by petting and playing with the puppy while he jumps on them. Six months down the road, the same friend comes over, and suddenly they don’t want your nearly full-grown dog jumping on them. How confusing is that for your dog? To prevent this from happening, we can start right at puppyhood. “As tempting as it is to let the cute fuzzy puppy jump on us, we need to ignore it and redirect it from the beginning,” says Ovington.

If your puppy jumps up, turn around and ignore him until he stops jumping. “We ignore him because the attention they get, even if we push him off while he is jumping up, will reinforce that jumping behavior and make it happen more often,” says Ovington. Let’s stop that by ignoring the jumping. The next step is to follow the rule that your puppy only gets to say hello when all four paws are on the ground. “As soon as they start jumping, they lose the reinforcement of saying hello,” says Ovington. 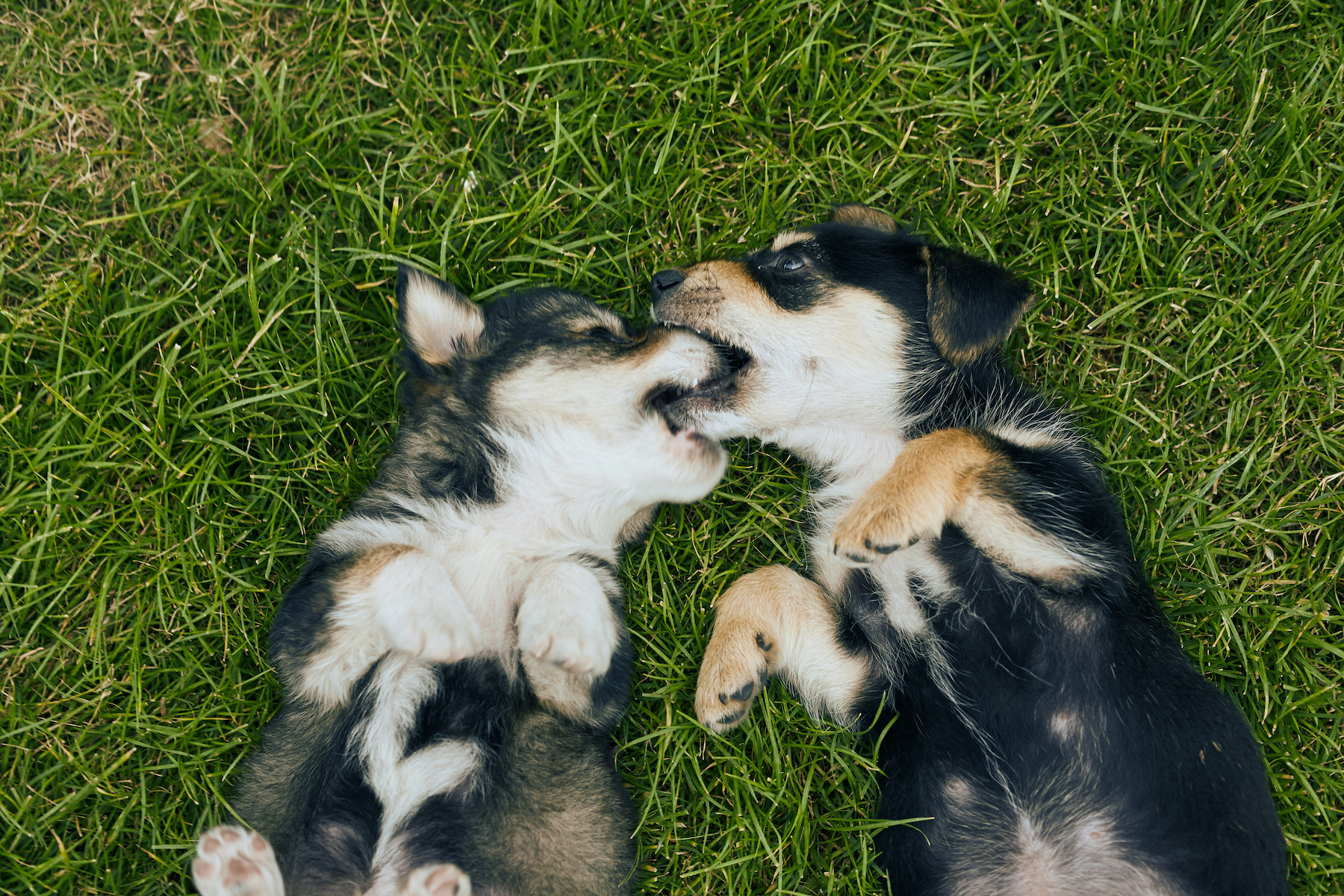 Never put their nose in their mess. This is a huge pet peeve. “It does nothing to help the puppy, to them it’s just confusing that you are showing them what they have done,” says Jeff Carbridge, dog trainer and expert at DogOwner.co.uk. They know, but they don’t know why you are mad about it.

Play Hard To Get

When they have an accident in the house, never yell at them or give them any attention. Ignore them. “Praise them when they go outside and make a big deal out of it,” says Carbridge. “If you berate them inside, you can end up making them fearful and house training more difficult,” says Carbridge. It’s all about positive attention and never negative. 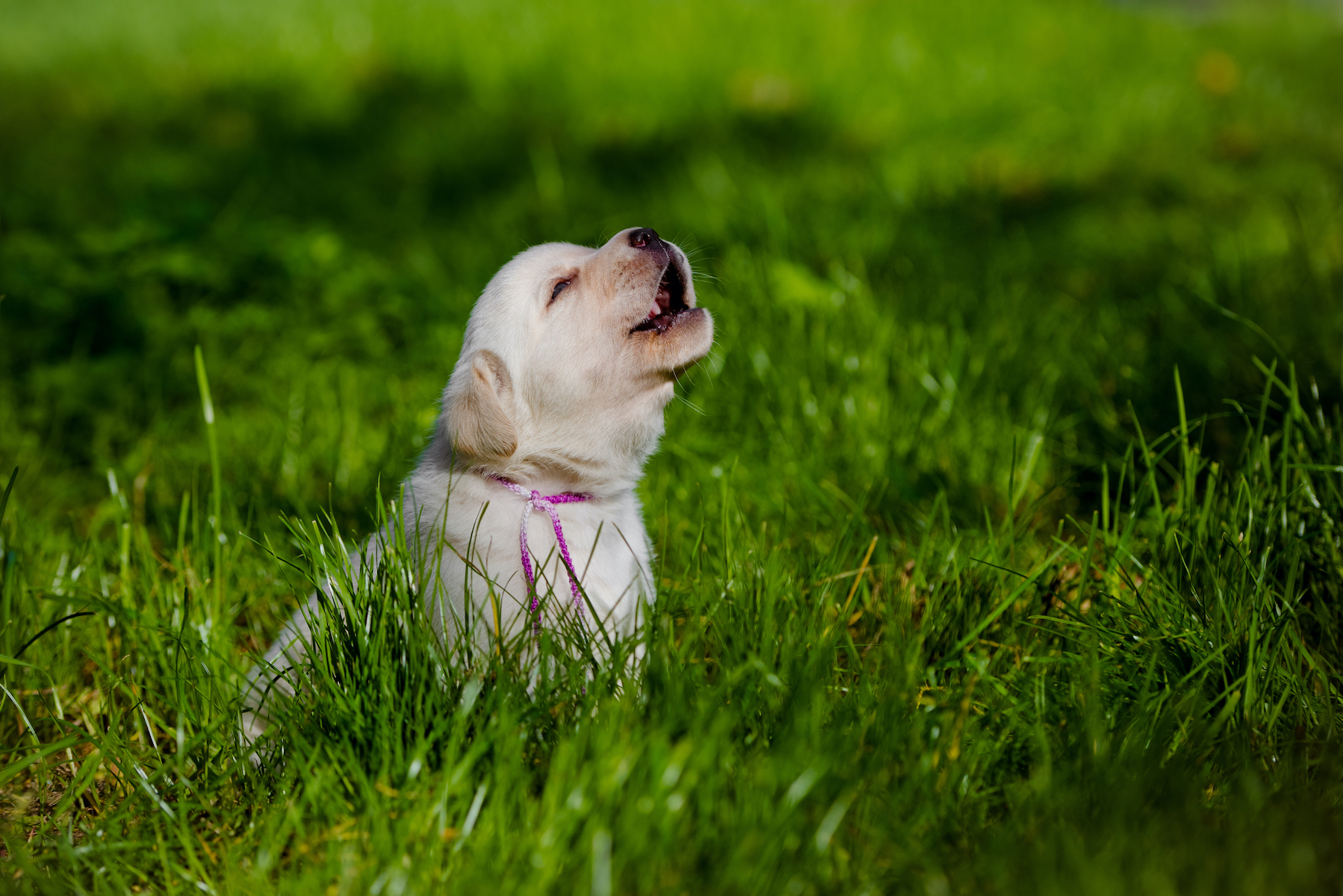 Biting is cute when they are small and awful when they are grown up. “Play biting is easy to train out of a pup,” says Carbridge. When they bite you, yell “OW” really loud, or scream, whatever gives them a shock. “They don’t want to hurt you, and they learn bite inhibition through littermates and their parents, so you are just continuing their work,” says Carbridge. After a few weeks, the play biting will stop.

You may have heard that you can’t teach an old dog new trick, and while that’s not necessarily true, it is easiest to teach them when they are puppies. Teach them tricks as soon as you have them. “Practice sit, stay, and come regularly with plenty of tasty treats so that they learn from a young age,” says Carbridge. It helps to keep them safe, and also means that when you are ready to take them into the world, they have a better chance of listening to you. Games like hide and seek in the house or garden can also help build the bond between you and make them less likely to wander.

There are many behaviors puppies exhibit that are acceptable when they are young, but suddenly not allowed once they are grown. The best way to avoid having to train backward is to prevent accidentally reinforcing these behaviors from the start.