Does My Cat Have Asthma? How To Make Sure Your Feline Friend Can Breathe

Cats often seem aloof — above all of the rigmarole that encompasses their humans’ daily lives. But cats can be like humans in some ways… not in their behavior, maybe, but in the diseases that they share with humans. One of those ailments that humans and cats share is asthma. And just like in humans, the severity of their asthmatic symptoms can vary. Read on to find out what causes feline asthma and asthma symptoms in cats, how you can tell if your cat is suffering from it, and what you can do to treat it.

According to Dr. Richard Goldstein, asthma is the result of a constriction of the airways to the lungs. This narrowing is often caused when a cat has a reaction to an allergen, which causes their immune system to release stimulants that cause inflammation. What allergens can trigger an attack varies from pet to pet, though some common triggers may be tobacco smoke, cat litter dust, pollen, dust mites, mold, and mildew.

Unfortunately, it’s difficult to know in advance or prevent your pet from having a reaction to an allergen. Any cat can develop asthma as well, although most start having symptoms when they’re 6 to 9 years old, and certain breeds like Siamese cats are viewed to be more prone than others. Outdoor cats are also more likely to have asthma because they’re exposed to more potential allergens than indoor cats are. 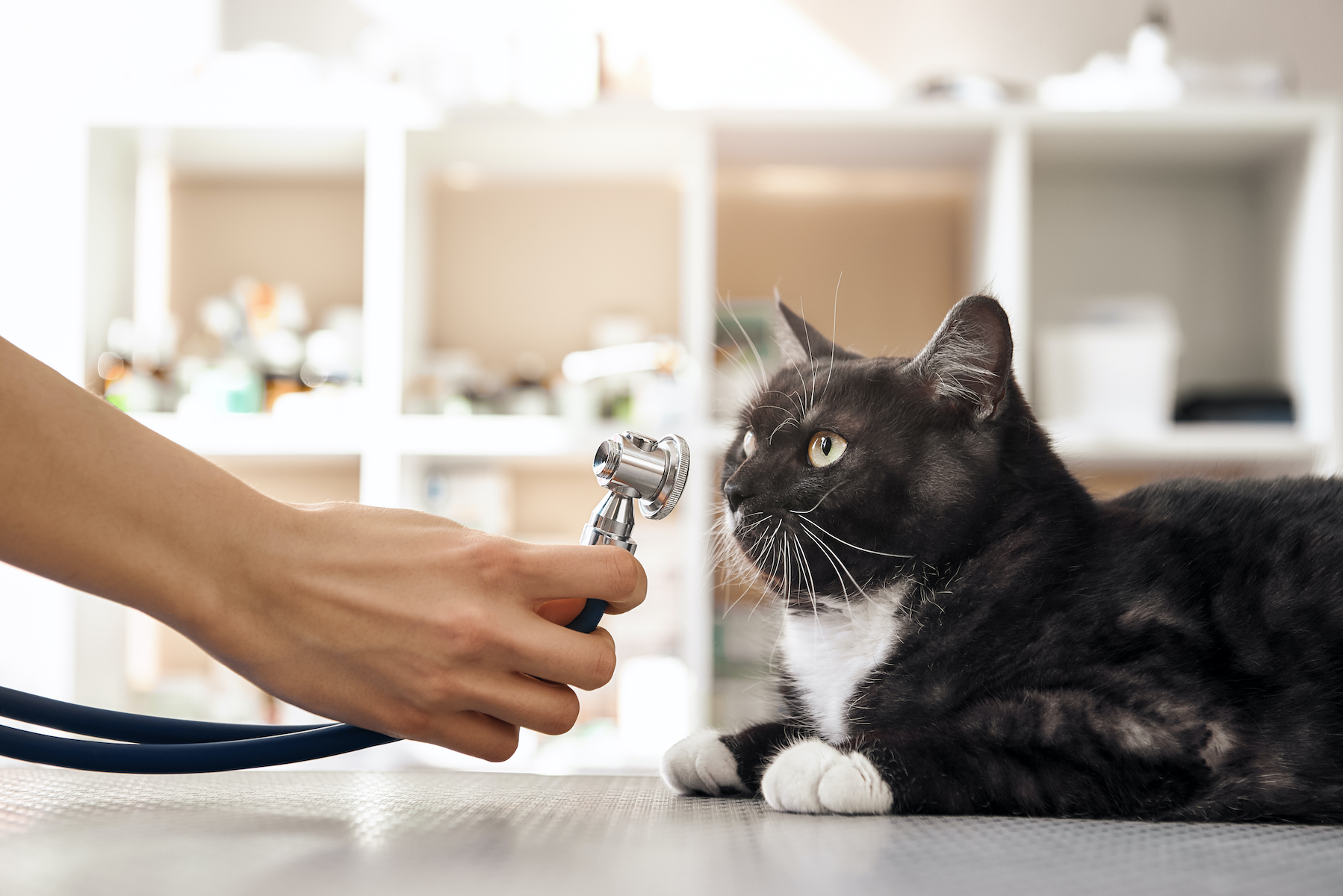 What Are Signs That My Cat Has Asthma?

While only 1-5% of cats are affected by asthma, it’s important to be aware of the symptoms so you can make sure your pet is treated accordingly. Major signs include symptoms that are similar to humans, including coughing, wheezing, hacking, having trouble breathing, and sometimes even vomiting. These symptoms can vary in intensity, but if your cat is regularly showing these signs, you should make an appointment with your veterinarian to get them checked out. If your cat is showing extreme symptoms, like having a blue nose, gums or lips, you should consider this a medical emergency and head to a vet ER immediately. Even if the symptoms are mild, however, it’s still worth making an appointment, as the disease can become more severe if left untreated.

At your appointment, your veterinarian will get your cat’s health history and likely do some blood and allergy testing. Your cat’s doctor may also order an X-Ray to see if there is any inflammation in the lungs and, if so, how severe it is. During this initial checkup, your veterinarian will also want to make sure that your cat’s symptoms aren’t caused by another disease, such as lungworm (a fecal sample may be requested to test for this) or pneumonia.

How Do I Treat My Cat’s Asthma?

Feline asthma isn’t curable, but there are steps you can take to mitigate and manage its symptoms. Your veterinarian will likely prescribe corticosteroids, which reduce inflammation, and possibly bronchodilators, which help open your cat’s air passages. Your veterinarian will instruct you to give these to your pet daily or as needed, depending on the specific case for your cat.

These drugs can be taken in pill, inhaler, or injectable forms. The most efficient and effective way of transmitting the medication, however, is via inhaler. That’s right—cats have their own specially designed inhaler that has a chamber (also called a spacer) that holds the aerated medicine until the cat breathes it in via a face mask. You can get your cat used to the device by putting the face mask over them for two to three seconds when they’re not having an attack, and repeatedly hold it on a bit longer until they tolerate it for up to 20 to 30 seconds. Once administering the drug, however, Dr. Goldstein recommends that they only need the face mask on for 10 seconds or so, or long enough for your feline loved one to take a few breaths. 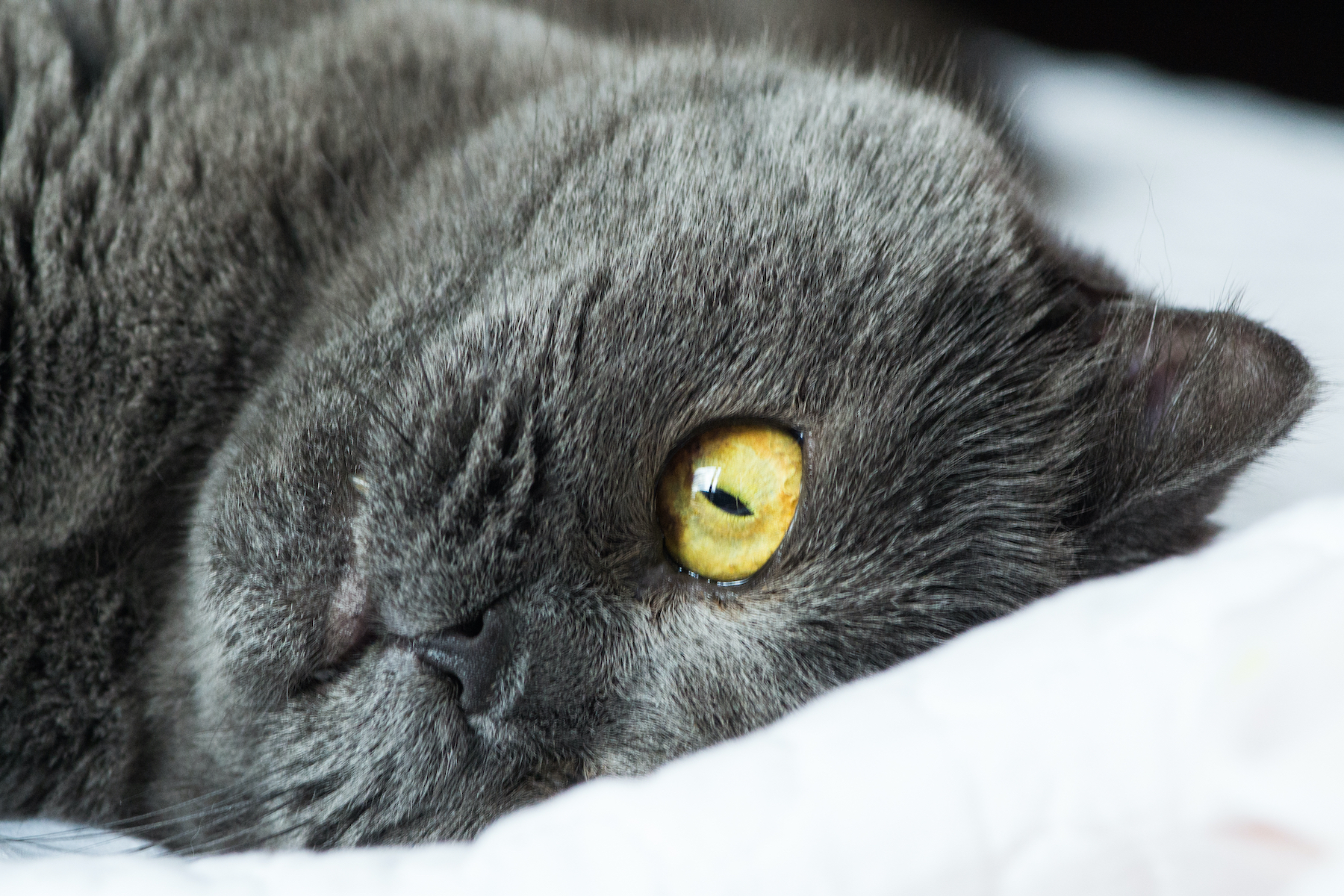 Feline asthma may be a chronic condition, but getting the medication that your pet needs will make them significantly more comfortable and safe. You can also look to reduce potential allergens that may trigger it. If you smoke, for example, try not to smoke near your cat. You can also look to limit the use of aerosols or perfumes around them, and switch to a kitty litter that’s less dusty. Cats that are obese also have worse symptoms, so making sure your feline friend is at a healthy weight will make a difference as well.

It may require some lifestyle adjustments on your end and some work to get your pet used to the inhaler, but making these changes will give your asthmatic cat a good, long life. And that’s something your beloved feline will be thankful for, even if they don’t deign make that gratefulness apparent.